Joined the Reading Branch of The Embroiderers’ Guild c. 1972. Fellow members were Sheila Paine, Valerie Campbell-Harding, Kit Pyman, a talented group. Nearby branches had equally talented members, lots of inspiration and encouragement. Attended classes, exhibited, sold work, commissions, began to see a career in embroidery. Through Kit Pyman, editor at Search Press at the time, drew diagrams and illustrations for a series of small craft books by other embroiderers, then wrote and illustrated a few small basic ones of my own. Presented an idea on embroidery design to Studio Vista using historic themes and had it accepted in 1976.

Began talks and lectures, local teaching for guild branches, more artwork for S.P. and more commissions. Worked closely with Knitting Craft Group (now disbanded) teaching teachers to pass on the skill of knitting and crochet. This dovetailed well with the experimental free-style knit/crochet I had now begun to combine with my embroidery at this time. Designed leaflets for K.C.G. which were later included in my first BIG Search Press book, leading to a few more fun-knitting books. Design books on embroidery for Batsford kept me on track, however. Then came lectures in the USA and Canada to knitting groups and embroiderers. Non-fiction now combines with historic fiction for Mills and Boon. More dovetailing, but what fun.

In 1986, my husband and I moved up to Yorkshire from where I produced six design books for students through a private publisher. I was invited to lecture and teach in South Africa for three weeks as a guest speaker, mainly on free-style knit/crochet techniques with embroidery, followed by more lectures in the USA and again in South Africa, this time on the Bayeux Tapestry, which by now had become an obsession.

On my return from South Africa, I was commissioned by Madeira Threads (U.K.Ltd) to make the missing eight feet of the Bayeux Tapestry, which took me about eighteen months to complete. The “Bayeux Tapestry Finale” was launched in 1996, after which it went to Falaise Castle in Normandy to be seen by the French. This was followed by several years of lecturing about how the tapestry was made, then by the book, “The Bayeux Tapestry Embroiderers’ Story”, a non-fiction account, handwritten and illustrated.

Then, in 2001, came a highly successful joint exhibition with Glennis Walton at the Voirrey Centre (the Wirral) based on Anglo-Saxon and Celtic themes.

In 2003, after the death of my husband, I moved to Fleet (Hants) to be nearer my family. I was invited to join the friendly Basingstoke Branch of The Embroiderers’ Guild and, after a non-creative lapse, began to embroider again on Anglo-Saxon themes. I was invited to be the branch’s first president: a great honour, celebrated with the publication of “Celtic, Viking and Anglo-Saxon Embroidery” for Search Press. Since then, I have produced “Embroidered Portraits” also for Search Press.

Q. Which is most important to you, writing or embroidery, and how do you divide your time between them?

A. Most women of my acquaintance manage to juggle several jobs, tasks, even professions at the same time...

Being a mother of three was good practice for this, and whatever needs to be done first is the one that takes priority, even if you’d rather be doing the other one, which sometimes happens. The main difference between the two is that embroidery is easier to take up and put down without losing the thread, so to speak, whereas once I’m into a story, I find it best to keep going without lengthy breaks, otherwise it takes some time to identify the characters again. So the embroidery usually comes as a welcome break of perhaps a day or two at a time, especially when my characters are at some kind of crossroads in the story and I need to wait to see what they’ll do. Then, when the book is finished, the embroidery takes over again for months at a time, while I recharge the batteries. If I’m working on an embroidery book, however, the fiction writing stops, but the reading continues in the form of research, ready for the next story. It works well that way.

Q. Do you have a disciplined approach to your work?

A. Yes, it really would make life very difficult if I didn’t approach it as a professional, both for me and my editors...

I keep to deadlines, and I work constantly most days, except that work is also a pleasure. There was a time when I spread myself more thinly into lectures and teaching, where travelling took up time away from home. Now I no longer give talks, but confine myself to working from home, which is much easier. Even so, one cannot make the onset of old age an excuse for falling standards, and if the time ever comes that I feel I’m getting worse at what I do instead of better, then I shall not allow anyone to see what I get up to.

Q. Do you have any advice for embroiderers in general?

A. There are so many good books on embroidery and mixed media nowadays, and plenty of courses, workshops and exhibitions to see, so to learn embroidery from the beginning would be my advice...

A good grounding in technique is invaluable. The other thing I believe in strongly is to choose a subject that means something to you instead of hopping like a butterfly from one theme to another. Development of a subject is as important as the development of a style, and to link a favourite interest such as gardening, history, poetry, wildlife or sailing gives you the chance to get extra mileage out of what inspires you. Best of all, join your local branch of The Embroiderers Guild. They run workshops and have monthly meetings at which everyone is welcome, whether they actually embroider or not. 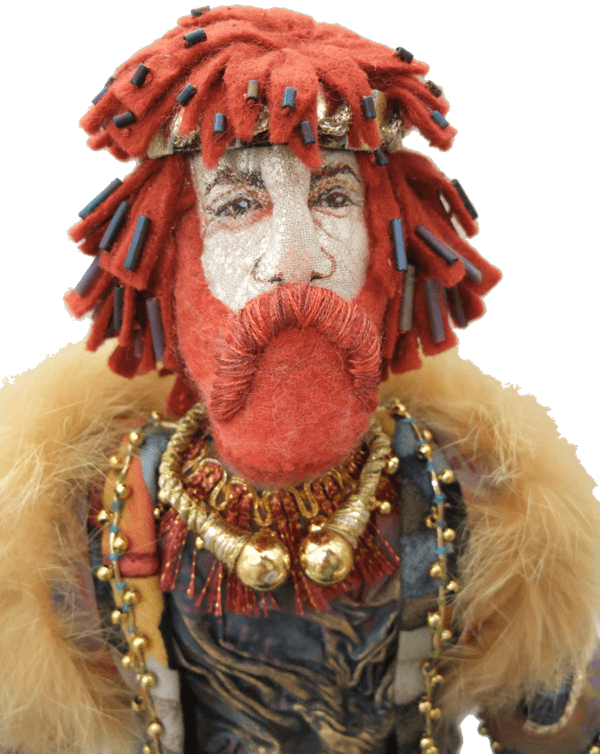 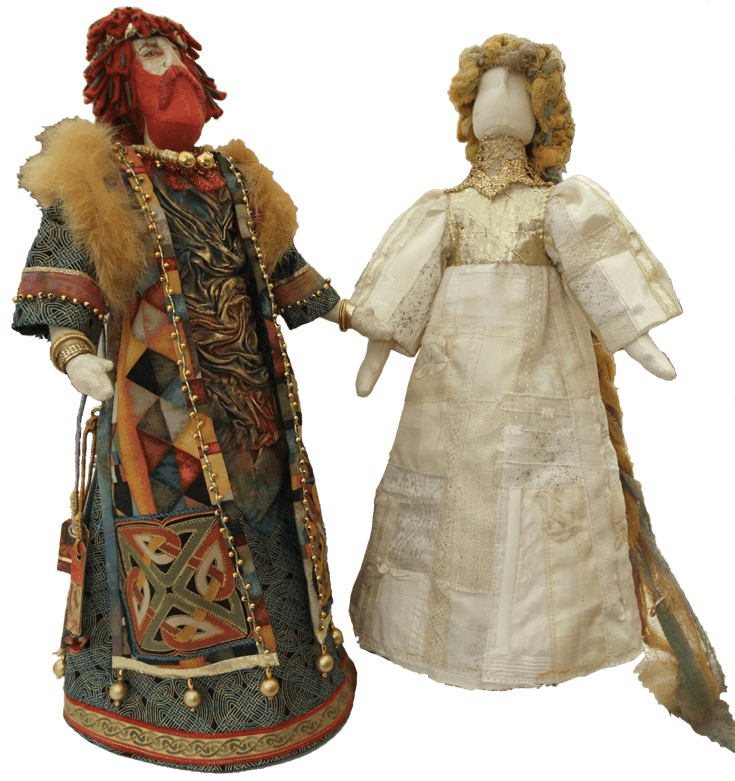